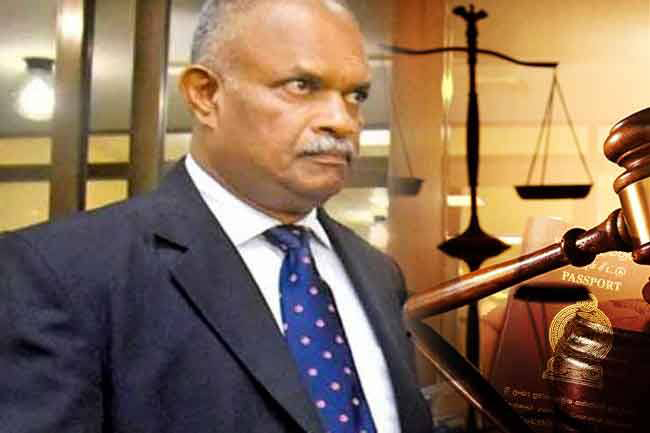 An overseas travel ban has been imposed on former Director of the Criminal Investigation Department (CID) Shani Abeysekara.

The order was delivered by the Nugegoda Magistrate today (08) after taking into consideration a request made by the Colombo Crimes Division (CCD).

The National Police Commission yesterday (07) said that Shani Abeysekara was interdicted with immediate effect, pending an inquiry into the recordings of phone conversations between the police officer and former State Minister Ranjan Ramanayake.

The Police Media Unit, issuing a statement, cited the reason for the decision as SSP Abeysekara causing disrepute to the police service through his telephone conversations.

Recordings of telephonic conversations between MP Ramanayake, who was arrested at his residence on Jan. 4, and the former CID chief had been released to the media over the past two days. This conversation is transpired to be a conspiracy to remove the former Army Intelligence Chief Brigadier Suresh Salley, who is alleged to have been a hindrance to investigations.

Britain was thrown into a mixed state of shock and calmness on Sunday, as Prime

Female who delivered a baby in Beruwala infected with coronavirus

The number of COVID-19 cases in Sri Lanka has increased to 159 as 8 new cases were reported yesterday.

Sri Lankan Navy launched a successful naval operation to seize a large consignment of drugs. This

Another patient who tested positive for the Coronavirus has died, marking the

Army on a humanitarian mission at present – Shavendra Silva

Son of coronavirus patient has not contracted the virus – Dr Jasinghe