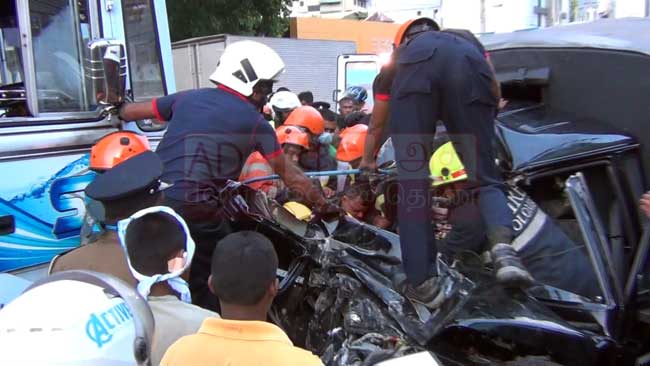 An army soldier was killed and two others were left injured after a vehicle belonging to the army collided with a private bus on the Nugegoda flyover this morning (20).

The two injured persons are also soldiers of the Sri Lanka Army, who were traveling in a cab.

Police said that a bus traveling towards Colombo had attempted to overtake another bus when it collided head-on with the oncoming army cab.

The soldier who was driving the army cab was killed on the spot while the two injured passengers, who are also army soldiers, have been admitted to the Colombo National Hospital in critical condition.