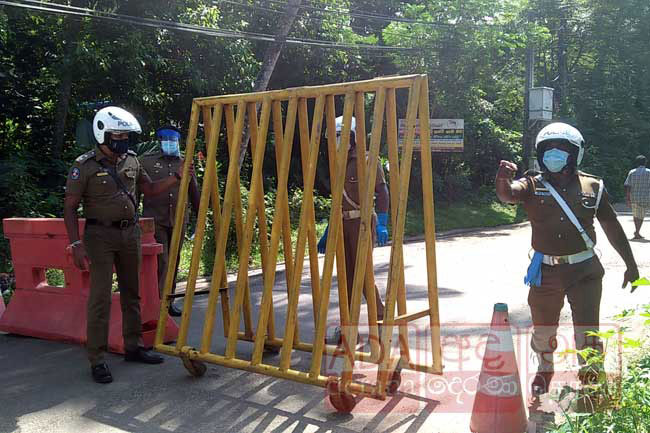 Several Grama Niladari Divisions in Kalutara and Kandy Districts have been declared as isolated areas with immediate effect.

Accordingly, the following areas will be under isolation until further notice.

Meanwhile, the isolation orders on the Kirimanthudawa Grama Niladari Division in the Bandaragama police area in Kalutara District will be lifted from now on.